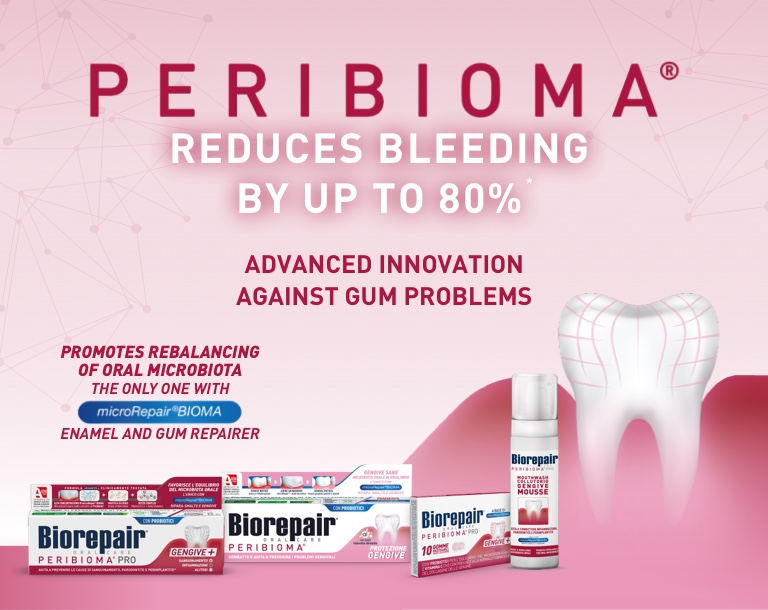 GUM PROBLEMS AND THE CAUSES OF PERIODONTITIS

A healthy mouth is not a bacteria-free mouth. A balance is normally established in this ecosystem between the numerous kinds of bacteria found and the organism's defence systems. Healthy bacteriaand pathogenic bacteria live alongside one another in a balanced status, known as eubiosis. In this case, there is no mucosa irritation and the gums are pink and reasonably compact, a clear sign of good health and good oral hygiene.

When the pathogenic bacteria gets the upper hand, this balance is lost and a status known as dysbiosis is created. In this case, the mucosa can become easily inflamed and the gums especially become dark, red and sensitive. Infection and inflammation can appear.

The scientific community has confirmed that an imbalance of the oral microbiota leads to mucosa inflammation and is at the root of gum infection which can worsen and result in extreme periodontal disease. For a few years now, the professional approach has beento take action to eliminate the causes of the disease. 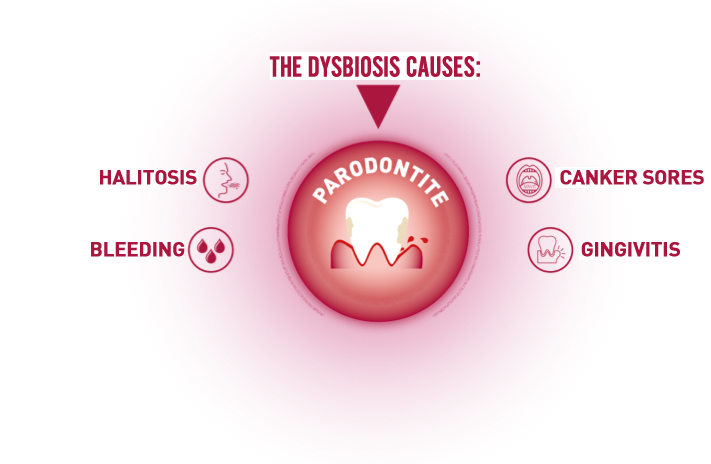 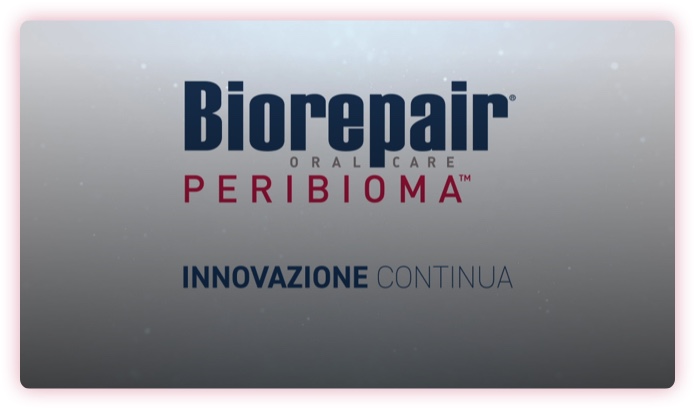 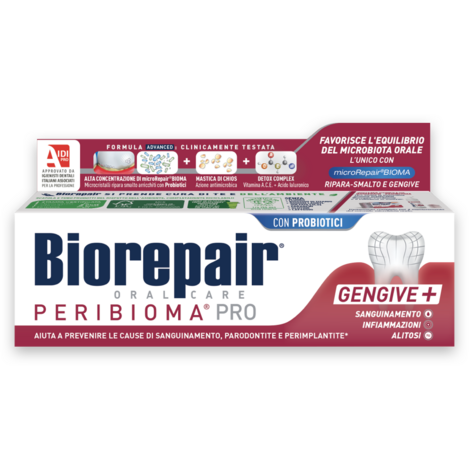 An advanced formula toothpaste with a base of probiotics and vitamins A,C and E that help prevent bleeding and encouragethe re-balancing of the oral microbiota that protects against the main causesof periodontitis. 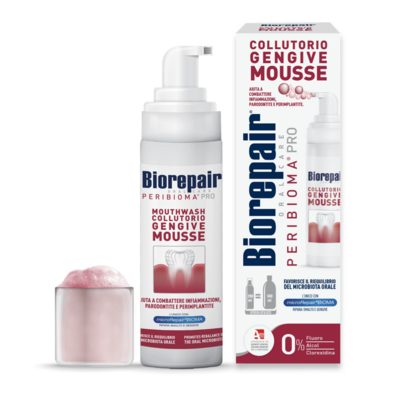 The MOUSSE mouthwash releases micro bubbles that adhere to the gum and tooth reaching the most hidden interdental spaces. Ideal for sore, swollen and bleeding gums, and irritated oral mucosa. 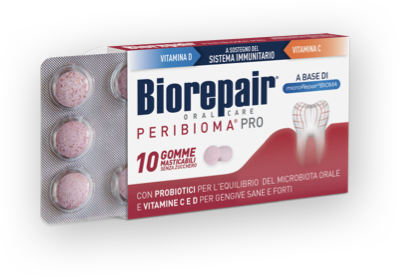 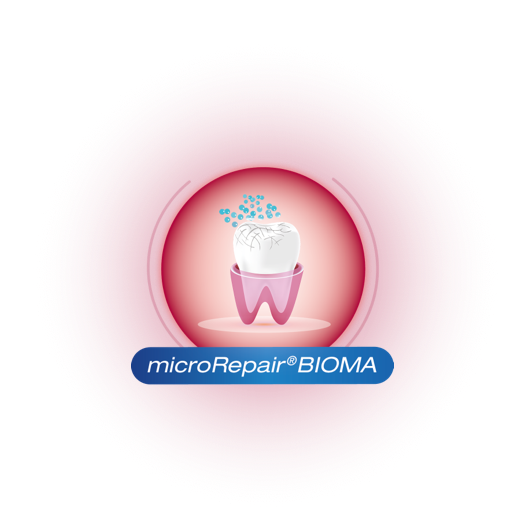 From Biorepair® comes PERIBIOMA, the new system to prevent bleeding and the causes of periodontitis based on the most advanced oral hygiene research: microbiota equilibrium.

The Biorepair® Peribioma systemincludes a toothpaste and chewing gum, both with microRepair®BIOMA, the onlyactive enamel-repair principle enhanced with specifically selected innovativeaction probiotics that help maintain the balance of the oral microbiota,stimulating the immune action and protecting against gum plaque. 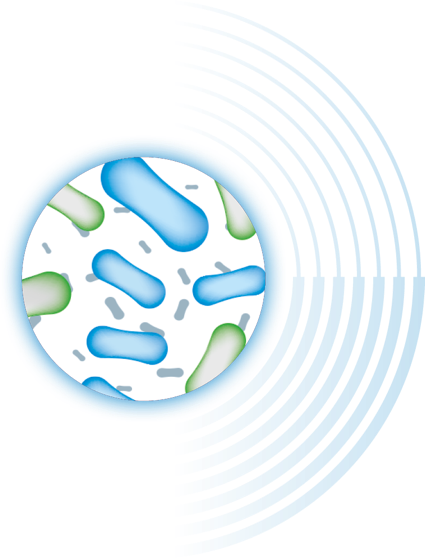 The periodontitis is the final stage of serious bacterial infection that attacks the gums and tooth support tissues. Initial symptoms include inflammation and bleeding, caused by bacterial plaque that settles around the edge of the gum.If left untreated, the situation can degenerate to a point when the tooth falls out. Gingivitis, a very common disease, is nothing more than the start of this inflammation which, if left untreated, can degenerate into periodontitis.

WHAT IS THE MICROBIOTA?

The microbiotais all the microrganisms that live in symbiosis in our body.
The most common one is the one found in the intestine directly linked to the oral microbiota, which is the most diversified one in our body as it contains the widest range of healthy bacteria and pathogenic bacteria.
The oral microbiota has 6 billion bacteria, more than 700 different types and more than 100 million micro-organisms for each millimetre of saliva: they live in harmony in our mouth keeping it healthy.

Other products for the care of your gums

It protects the gums from inflammation every day 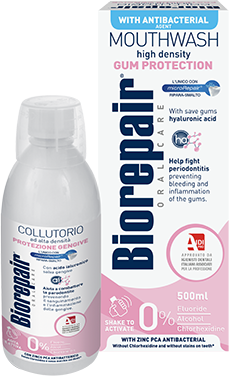 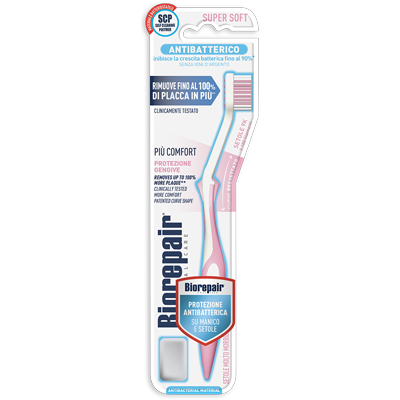 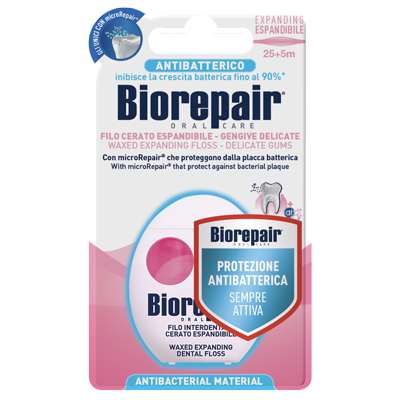